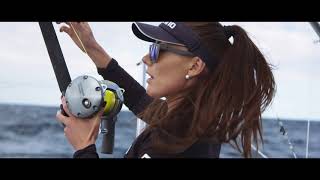 After a long cold Sydney Winter it was with much anticipation that we boarded our Qantas flight to Darwin. The mission? To go fishing and to win a million dollars while we were at it! For those unacquainted, each year in the Northern Territory 101 barramundi are caught and released in known recreational barramundi fishing hotspots with specially numbered red tags. 100 of these tags are worth $10,000 if the fish is recaptured during the competition period, with one other speci